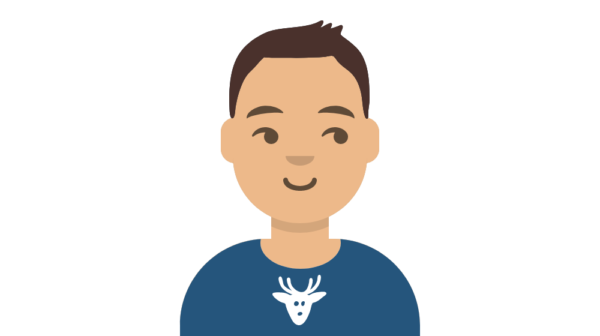 I got cut in October 2018 at the age of 22 for personal choice. It was a decision I deliberated on for many years, but I’m glad to have finally done it. I hope my experience is helpful to someone considering the procedure.

Click here to jump to the photos at the end of this post, including before my surgery and 18 months after 🙂

Why I chose to get cut

My first experience with a circumcised man was in my first year of university. It wasn’t a life changing experience – it was primarily just another hookup, although with a unique and unusual penis.

With the cut guys I had been with, however, this wasn’t an issue. I could blow them pretty much whenever wherever and their cocks smelled and tasted great. I also ended up studying abroad in the US where many more guys are cut. That gave me a real ‘in depth’ opportunity to study circumcision!

At the end of my time in the US I chose to try and permanently retract my foreskin as much as possible to simulate what being circumcised would feel like. I wanted to ‘test’ it out before I actually went ahead with an irreversible surgery.

I used medical tape to tape it back, and managed to keep it retracted almost all day for several months. (You can see photos at the bottom of this post.)

Later in the process I tried to do it at night as well, which worked most of the time. Whilst permanently retracting my foreskin was painfully sensitive at first, over time I became accustomed to it and didn’t give it a second thought. (I’ve added a section about sensitivity as this is a question a lot of guys ask – click here to jump to it.)

Once I got back to the UK I decided to go ahead and get cut. I did some research on clinics in and around London and finally settled on the IMC clinic, whose website you can see here.

I chose IMC because its website has some really good information about circumcision styles – you can see the infographic here. I hadn’t previously known there were different styles so it was very useful, and the fact that the clinic wrote about the different styles made me confident that they would give me the circumcision I wanted.

If you are researching clinics I also suggest you check the CQC’s inspection of the clinic you’re interested in to make sure they are of a high standard.

Once I was happy with my choice I scheduled my appointment. Because IMC shares facilities with a podiatrist, they only offer evening appointments. (The podiatrist uses the property during the day.) I scheduled it for the 8th October 2018.

IMC offers both free-hand surgery as well as use of the shang-ring method. After some research I decided to go for hands free for two reasons:

I decided I wanted a high and tight cut, which is what most ritual infant circumcisions in the US are. I personally prefer the look and also wanted to preserve more of the sensitive inner foreskin, rather than more of the shaft skin.

I also chose to remove my frenulum. It just seemed like a neater option to me – it seemed weird to keep it when I was removing the rest of my foreskin!

Although I knew I wanted to get cut, I was still very nervous! I think it’s natural to be nervous before a pretty major life-change (and surgery!)

I arrived about 45 minutes early, but there were already other patients there: mostly parents with their babies. (In fact, I was the only adult/non baby circ that evening). Apparently IMC undertakes about 10 adult circumcisions a week.

The clinic itself is nice and looks exactly how you’d expect from a podiatrist, which is a little jarring! When I arrived, I was asked to complete and sign the consent form as well as pay the remaining fee. I was actually the only white person there – the staff and the customers were all Muslims (I assume) – and spoke a lot of Arabic with each other (not a problem for me – I didn’t mind, although it was an unusual experience!). I think the other customers were all wondering what a (white) man was doing there when they were all getting their babies cut!

Finally it was time for my surgery and I was quite nervous. I had a quick consultation with the surgeon, Dr Hussein, whose day job is as a general surgeon at an NHS hospital. I clarified that I wanted my frenulum removed and a high and tight cut. He seemed very knowledgeable.

Dr Hussein wss joined by a surgical assistant and a younger man, who also helped but may have been doing some sort of placement or something – he didn’t really seem to do much apart from watch.

I’ve had surgery before and have experienced the awful burning that lidocaine, the local anaesthetic, gives when it is injected before it the numbing effect kicks in. I was nervous to experience that burning in my dick, but Dr Hussein used a very small needle and I barely felt it at all! They got to work as soon as I was numb, which happened very quickly.

Surgery kind of scares me (especially on my own body – I’m less squeamish with others) so I chose not to watch, instead distracting myself on my phone. The procedure lasted just under an hour in total and a long time was spent on the stitches – lots and lots of stitches! (Although local anaesthetic numbs pain, you can still feel touch sensation, so I could feel them pulling and touching my cock.)

Finally I was done and free to go and I left the clinic. At this point I wasn’t in any pain, but as I was waiting for the tube my dick started to ache and throb, so I decided to take some of the cocodamol that they gave me. This was a bad idea! I hadn’t eaten since lunch – and it was now 9:15pm – and the cocodamol made me feel nauseous. Whilst I was on the tube I started getting really hot and sweating – and my vision constricted – and I knew I was about to pass out.

If you’ve ever fainted you’ll know what I mean. Luckily, I didn’t pass out (or if I did it was really quick) and I felt a little better. I think the cocodamol affected my already low blood pressure. It happened again a second time but I didn’t pass out that time either.

I thought eating something might help so I made sure to buy some food at the train station. I probably ate my sandwich too quickly because I started to feel really nauseous again! I decided I would not take more of the painkiller unless I really needed to.

I went to bed feeling okay and the next morning my pain was significantly lower and I chose not to take any painkillers. By day two it barely felt painful at all, and after about a week I started going to the gym again and living my life fairly normally!

I have to admit I expected a lot more pain. I had no problem with night-time boners which a lot of people who get cut as adults report – apparently not drinking before going to bed helps – and I guess that permanently retracting my foreskin for several months prior helped me get used to the sensations of being cut. In tight underwear it didn’t feel much different.

I followed my surgeon’s instructions and removed my bandage about 36 hours after surgery. I applied the cream the clinic supplied me with every morning and before bed, and after a couple weeks I started using this silicone scar cream to help reduce scarring. Not sure if that helped or not but I’m very happy with how it’s healed!

A quick note on sensitivity

Sensitivity is a big topic when it comes to circumcision and having spent the first 22 years of my life uncut I think I have a good comparison to make.

In my experience, I believe a distinction should be drawn between sensitivity and pleasure. Whilst many nerve endings are removed during circumcision (obviously – you’re removing enervated skin) and there is a loss of sensitivity, I have not experienced a loss in pleasure.

Prior to my circumcision/permanent retraction my glans was painfully sensitive – it hurt to touch directly, and hurt when I began to permanently retract it. Over time this pain diminished, which suggests a reduction in sensitivity.

However, despite this reduction in sensitivity, my sexual pleasure has stayed pretty constant. If anything, it has increased slightly: I enjoy stimulating my glans directly with lube now (I REALLY enjoy it lol) and orgasm feels ‘deeper’ and more intense, if that makes sense.

Obviously this is all anecdotal, and is likely to depend on the style of circumcision you get. Mine is fairly high and tight so I retain a lot of inner foreskin. However, sensitivity has not been an issue for me in the 18 months since my surgery.

8 replies on “My circumcision story – Ryan”

Beautiful cut cock. I love the two-tones. I am not cut, but have been thinking about it for a long time.

Beautiful cut cock! What a difference! I was cut as adult and would not go back. I wish it was a bit tighter but I guess doctors are more careful with adults as to how much skin they remove. Tha ks for documenting and sharing! I

Hey Ryan, thanks for creating this website and sharing your story. I’ve been thinking about getting a circumcision for many years now, but have only heard negative stories about the experience – and the results. I’m really glad to have heard your positive experience, and the photos are a great demonstration on just how nicely it can heal. Your cock, your cut: perfection.
My interest is purely from a cosmetic point of view, and like you I’ve been keeping my foreskin retracted, about ten years now. I feel like maybe it’s time to take that next step and lose the foreskin altogether.

Great adult cut. Good men a man can choose for himself. I was done as a baby but always wished I had the choice to do it myself.

Thanks for the effort and the photos.

According to my liking you had the perfect cut.

kudos to you choosing to get circumcised, and for sharing your experience,
shame most English lads do not get the benefits of being circumcised,
I was lucky in being circucised age 6