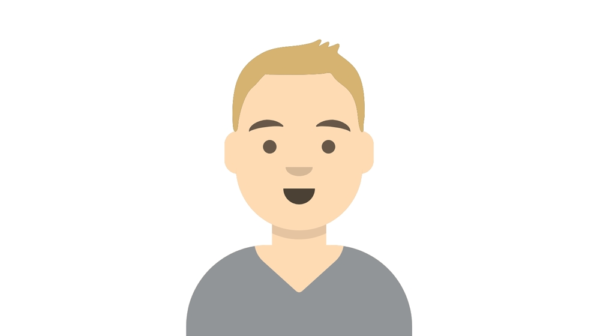 I got circumcised due to aesthetic reasons and to improve hygiene. There were no foreskin-related issues beyond my early childhood that would’ve required me to get circumcised.

In terms of hygiene I especially wanted to get rid of the “fishy” or “foul” smell that would be present almost constantly, despite showering and cleaning the area thoroughly twice per day.

I had done my research about circumcision and after weighing the pros and cons for 1.5 years, I eventually decided to go through with it.

Being in Romania, where the circumcision rate is below 1%, I found it very hard to find a urologist that would explicitly specify in circumcision. It took me some research and I ultimately ended up finding a urologist in Timișoara, Dr. Ferician at ‘Clinica de Urologie Tim,’ who had circumcision listed on his portfolio of specializations.

Since circumcision is only seldom performed here, he didn’t have any reviews relating to that, but regardless, I booked a consultation with him and was very happy he was able to answer all my questions and gave me a very professional impression overall, which is why I agreed to be circumcised by him.

In total, I paid around 500 Euro for my circumcision:

What style and method did you go for?

In terms of style I wasn’t really given a choice. As mentioned before, circumcision is very rare in Romania, so I didn’t expect the urologist to know about styles, let alone how to perform them.

I simply told the urologist to cut off as much skin as possible and to remove the frenulum. This “whatever” style eventually turned out to be low and tight. In terms of method I could choose between freehand and CO2 laser, but was strongly recommended freehand, which is also what I decided on.

What happened on the day of the surgery?

The last few days leading up to the surgery I was very nervous, but also excited to finally give my dick a new look.

The actual day of the surgery was interesting to say the least, as it was done in a private clinic with a small operating theatre.

Upon arriving there, I was made to sign on each page of at least 20 (!) different papers, the content of which was only vaguely explained to me by the receptionist in a mixture of broken English and German, since my knowledge of Romanian was too basic to understand any of what was written on them. Necessary bureaucracy I suppose.

I was then led into the operating theatre and told to lie down on the operating table. The area was sterilized and a big thin cloth was put in front of me, so that I couldn’t see what was happening. In fact all I could see was the ceiling with some huge bright lamps and the heads of the two people operating on me.

That’s when things started to get interesting!

I was told that the anaesthetic would be injected. It was one of the things scaring me the most beforehand, especially after I had read online about people even passing out or vomiting from the pain of the injections – for no reason as it turned out. Fortunately the injections were just a bit uncomfortable, but not painful at all.

All I could feel were a few stings (I think 5 or 6 in total) with decreasing intensity, and the area getting completely numb a few minutes after. The urologist tested with tweezers if I could still feel anything, and after I told them I couldn’t, they began the surgery.

Cutting off the foreskin sounded about like cutting a T-shirt with a pair of scissors, that part took a few minutes at most. The area was completely numb, so I was only able to hear the sounds of it without any sensation in this area whatsoever.

When the frenulum was cut I could, however, feel a mild discomfort, but it only lasted for a few seconds.

Suturing the wound took a considerably longer time than the cutting itself, in the process of which I could hear the urologist and his wife debating on how to put the stitches. Fortunately I was still not able to feel anything, I just heard them talk and the sound of the instruments used.

Finally the wound was wrapped in a fairly tight bandage, and the cloth blocking my view was removed for me to see for the first time what had happened down there. “We are done”, I was told.

There was a lot of blood, which they wiped off, and I was given instructions to remove the initial bandage after 24 hours and then subsequently renew the bandage applying antibiotic ointment a total of two times every 24 hours, as well as to shower only after 24 hours and to keep it pointed upwards wearing fairly tight underwear.

When I got up from the operating table I felt a bit light-headed, but it settled within a few seconds of walking out of the operating theatre to get dressed again. I went back downstairs to the reception, where the urologist dismissed me with a prescription for an antibiotic to be taken for 6 days, as well as painkillers to be taken for the same duration.

While driving I only felt mild discomfort from the anaesthetic slowly wearing off, as well as the bandage causing some pressure.

The actual pain only started after I arrived home and laid in bed, which was pretty much all I could do for the remainder of that day. Fortunately my wife was really sweet to help me with some chores, like filling the prescription at the pharmacy, amongst many other things, so that I could just relax and stay in bed as much as possible. Some Ibuprofen I took that night lowered but didn’t completely erase the pain.

In retrospect I can say that, even though I was offered multiple anaesthesia options beforehand (ranging from general anaesthesia to epidural), local anaesthesia was the best decision, as with the other options I would’ve needed to stay at the clinic overnight, which I wanted to avoid.

I felt that for a rather small surgery like a circumcision, where essentially just a few centimetres of skin are cut off, anything beyond local anaesthesia would be too “overkill” and come with more risk than the surgery itself. But of course, this is a decision that everyone should be making according to their own preference.

How was the recovery process?

Recovery was a nuisance to say the least, but fortunately there were no complications that would’ve required further intervention.

The first two weeks were awful, as there was a significant amount of swelling, residual bleeding and it looked like a bad accident had just happened to it.

Although I was recommended to use bandages only for 3 days after the surgery, I actually used them for 2 weeks, changing them twice per day, in order to not soak my underwear with either blood or lymph fluid.

Pain-wise, only the first day was very painful, which afterwards turned into very mild discomfort for a couple more days. I used Ibuprofen 400mg for 4 days after surgery and didn’t need them for longer than that.

After 2 weeks, things got a lot better and easier, the swelling started to decrease, the sutures started to fall out, and the residual bleeding stopped completely. I also went back to going to the gym three times per week, which was something I had really missed for 2 weeks. The first few times at the gym I was very cautious, but it didn’t affect the healing process negatively or hurt in any way.

Are you happy with how it has turned out?

So far I’m very happy with how it turned out. Although I have noticed that I lost a bit of length (16.5cm then vs. 16.0cm now) and some pubic hair is pulling up a bit further on my shaft, I’m sure this is a very minor inconvenience that’ll sort itself out within the next couple months.

There’s no more odd smells, and the aesthetic is much more appealing to the eye than it was before. It also gave me more confidence I would say.

Sex is now much different than before, but I wouldn’t say it’s better or worse. It feels as though the pleasure is more concentrated on the glans and the remainder of the foreskin tissue. Sensitivity decreased a bit but hasn’t affected sexual intercourse. My wife compliments me regularly and said that sex never felt better for her before.

What is your advice for someone considering circumcision?

My advice is to do your research before, look at the pros and cons, and decide based on that if it’s something you want to do.

Even though the recovery phase can be annoying and seem like it takes forever, it’s seldom that there are complications and after 2 weeks things usually get a lot better. I also strongly advise local anaesthesia, it really doesn’t hurt and you’re able to drive by yourself, run errands by yourself, etc., immediately afterwards.