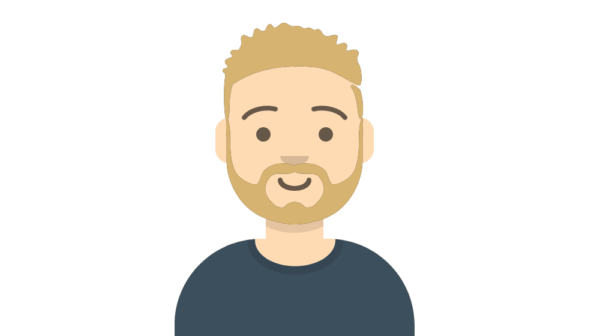 Circumcised at 31 due to phimosis: Cameron’s story

I got circumcised at 31 because I had phimosis pretty much my entire life. Over the years I tried a lot to resolve it including stretching exercises I found online and using steroid creams from my doctor.

Usually the phimosis would get better temporarily and then return. At its best, I could pull my foreskin back enough to see about a dime sized opening of the tip of my penis. My foreskin never looked “tight” so it was deceptive at first glance until you tried to retract it. It was like the inside layers were tight, but the outer layers were normal.

A few years back, my doctor said that the only remaining option would be to get circumcised, which I wasn’t keen on at the time so I put it off for a while. It wasn’t until this year (2020) that I decided to just get it taken care of for good.

My insurance picked the actual surgeon. I don’t have the best Health Maintenance Organisation so my usual doctor surgery fee was outrageous. I got a referral to an “in network” urologist nearby instead. It was a small practice, but part of a larger network and it was easy to get to on the subway.

I did not know about styles before my circumcision. I thought you were just circumcised or not.

I had two appointments with the doctor. The first was a consultation where he examined it and asked what I had already done to try and resolve it. When he talked about the procedure, it was more about the actual logistics like using local anaesthetics, how long it would take, and not about any options to ‘customize’ it.

On the day of the procedure he referenced it as a stapler circumcision. I saw the device, which looked like a black tube with 2 handles on it. My penis went inside the tube, he squeezed the handles, and it cuts and staples (from what I’ve since seen online).

I arrived, got checked in, and then an assistant called me back into an exam room. I got dressed into a paper gown and then the doctor came in to put some iodine on and to give me a few shots of nerve block (the anaesthetic). They stung a bit, but nothing bad. I was laying there for the procedure so although I didn’t watch, I was completely aware of what was going on.

It took maybe half an hour at most, which was faster than I expected. He wrapped it in some gauze, gave me some discharge papers, and sent me home. I was there for less than 2 hours and was easily able to take the subway home.

How was the recovery and healing period? Did you have any problems?

Recovery has been fine so far. As of now I am a little over 3 weeks out so there’s still more to go.

The first night there were some stinging sensations, but nothing terrible or that some Tylenol (paracetamol) couldn’t take care of.

The first few days I was a bit anxious because it would bleed every time I changed the dressing. It looked like there was a blood vessel that hadn’t clotted, but after 3 days it was fine. To be honest, I was more anxious than I needed to be simply because it was my dick.

There were a few nights that the erections actually felt like they were painful, but a quick trip to the bathroom in the middle of the night would help.

I walked like a cowboy for the first 2 weeks because of the newly exposed head being super sensitive on my clothes. On the underside, there were a few stitches where my frenulum was. I’m assuming it was not a very large one because that wound healed by the second week and the stitches fell out quickly. It is almost unnoticeable now.

I did have a small complication along the way. I was supposed to go to the doctor again after 2 weeks to have staples removed that hadn’t yet fallen out. Due to the COVID19 outbreak the doctor’s office closed so my appointment was cancelled. Hey told me the staples would fall out on their own, but that didn’t make sense since they had previously scheduled me to have anything remaining removed. As it was healing, I counted about 24 tiny staples total, of which about 15 fell out on their own and the rest were underneath the new skin that had already healed.

After the 3rd week I went to a generic urgent care office to see if they could help and they were able to remove the others with a few small cuts. Online, I see that most stapler circumcisions have a plastic or silicone ring to help with the staple removal, but I didn’t have that… I guess it’s a different version? Regardless, now it’s healing from the little cuts. Overall though, it’s pretty symmetrical and tidy so I’m confident it will look fine.

The skin on my shaft is very tight. I’ve read that it should loosen up, but when I have an erection it literally pulls skin from my body onto my penis. I’ve looked at my dick for 30+ years and it looks different now… almost like it can’t stretch as far so it’s going wider. I’m sure it will heal differently but for now it’s shorter and fatter. It feels like the skin is pulling my dick higher in the air though which is weird – as if my dick points more toward the sky because it’s suspended. It’s very difficult to describe so I’ll get some pictures later. Haven’t had sex yet, but once this COVID19 thing slows down I’ll be sure to give it a try!

1 reply on “Circumcised at 31 due to phimosis: Cameron’s story”

Hello Cameron and thank you for your story and pictures.

I would like to know how were the exercises for the phimosis were done.