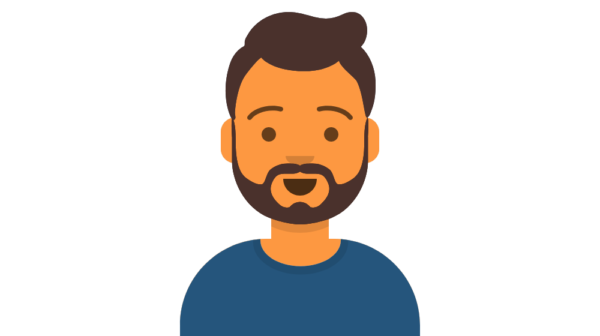 I was circumcised February 2016 in New York, USA, aged 35. I was born and grew up in the UK, which is why I was never circumcised as a child.

I often felt unsure about the appearance of my uncircumcised penis, especially from having a longer-than-average foreskin.  Over the years before the surgery, I would explore keeping the skin pulled back for days or weeks at a time, and finally decided I preferred the look and feel of the head being exposed.

I was referred to a urologist by my regular doctor.  After meeting with the urologist and discussing the options for a circumcision, I felt this was the right decision.

I wanted to still keep some of the inner foreskin (the ‘pink’ looking skin that previously had rested up against the surface of the penis head on the inside of the foreskin), and also expressed that I would like the frenulum to be removed.  I received a freehand circumcision, which means a scalpel (knife) was used to cut the skin before being stitched together.

I was given a general anaesthetic before the surgery, so I have no recollection of the procedure itself.  The surgeon did the circumcision in the way he said he would, including removing the frenulum – which we had talked about prior.  The surgeon applied bandages around the stitches after he was done.

The recovery period wasn’t always easy.  Due to erections during the night, stitches would sometimes bleed and be very uncomfortable.  A couple of stitches tore slightly during this time, which left some small scars around the incision area.

I left the stitches in for about a week too long, which allowed for a couple of very small holes (“tunnels”) to form in the skin at the incision point. This isn’t a major problem, but I wish I had paid closer attention at the time. The scars from the stitches are a little more visible than I would prefer, but I continue to hope that they may fade slightly more in time.

I have been very happy with the results, especially with the visual effect.  I enjoy having the penis head exposed all the time, and I definitely have more confidence sexually – as I feel the appearance now matches more closely what the average sexual partner might be expecting to see, especially here in the US.

Having a foreskin was far more maintenance with hygiene and overall care.  This is far easier now.

I have had no complaints of how my penis looks and functions since the surgery.  In fact, there’s been many compliments, and especially from sexual partners who I told about the surgery and the change I went through.

I now feel like it takes me longer to reach orgasm, since the surgery – which is actually something I don’t complain about, as sexual partners usually appreciate the extra time and opportunity to explore things together for longer.

Like with anything, I would advise anyone considering getting a circumcision to do research (this website has been a fascinating read for me, even in post-surgery), explore keeping the skin pulled back, and also explore your own unique erogenous zones – and figure out what parts of your penis specifically are most arousing.

This can be important when deciding the exact kind of circumcision you want, and how much skin you want to keep (look up “high and tight” etc, as far as specific styles of circumcision).